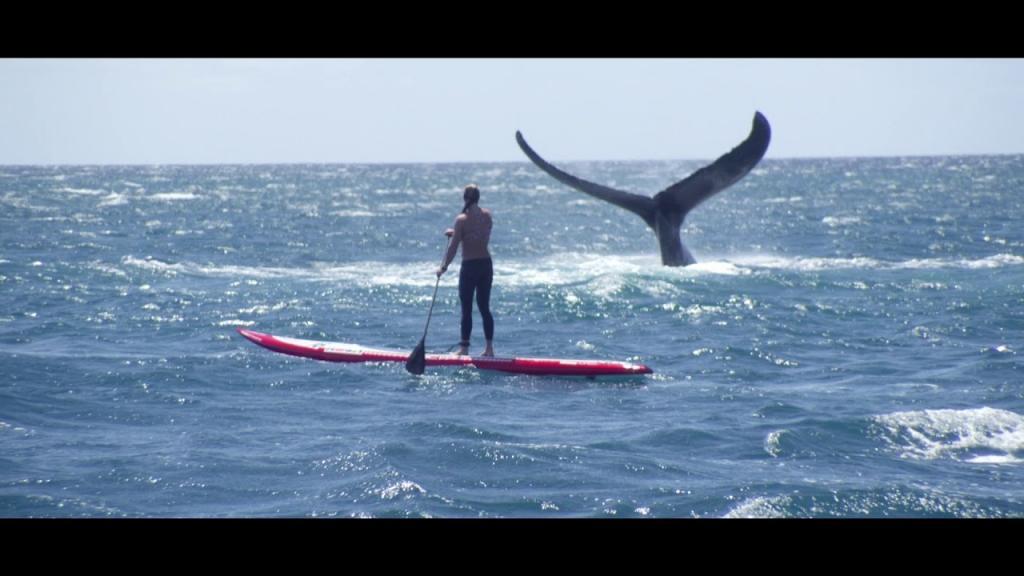 This film screening in Tofino FRI, MAR 1, 2019, 7pm PST is selling out fast! 5% of all proceeds raised during these film screenings will be donated to Ocean Legacy.

SHE IS THE OCEAN: «FROM INNA BLOHINA, THE ACCLAIMED DIRECTOR OF ON THE WAVE, COMES THE SECOND CHAPTER IN HER TRILOGY OF DOCUMENTARIES ABOUT THE WONDERS OF THE OCEAN AND THE PEOPLE WHOM IT CALLS TO MAKE IT THEIR LIFE». -SURFTIME MAGAZINE, 2014

As if Innesse Blohina’s award winning documentary ON THE WAVE wasn’t deep enough, now the Russian director is planning to take her audience even deeper with her new film SHE IS THE OCEAN. An avid surfer herself, Innesse Blohina is gifted with the ability to capture not only the majesty of the sea, but also the ability to reach inside the people whose entire lives revolve around it. In ON THE WAVE it was a fascinating group of surfers, from World Champion Kelly Slater to a Policeman from Finland who wanted to leave the violence of his job behind. But this time, SHE IS THE OCEAN will examine a wider range of the global ocean tribe. And they will all be women.
BLOHINA’S MOST AMBITIOUS PROJECT TO DATE, «SHE IS THE OCEAN» WILL EXAMINE THE LIVES OF NINE EXTRAORDINARY WOMEN WHO DEFINE THE COURAGE AND SPIRITUALITY IT TAKES TO LEAD A LIFE OF THE SEA.
She is the Ocean – a full-length documentary about great women.
In a unique documentary concept, the director Inna Blokhina has selected certain women, ranging from the ages of 12 to 85, in order to create a cumulative mosaic portrait of a woman that devotes all her life to the Ocean throughout all her ages. Starting with a little girl who dreams to become a World Champion, to a marine biologist who lives in the sharks family and teaches people to a ‘shark language’, to a woman who was the first who starts diving from 23 metre platform, to a legendary surfer who rides the biggest waves in the World, to a woman who plunges into the deepest depths on the edge of human survival on a single breath, to a paramedic who is saving the lives but can’t save her own life, to a grandmother who has come to peace with it all and has now returned to ride the waves that had taken the life of her son many years ago, to a great woman who became a ‘Hero of the Planet’ trying to explore and save the Ocean. By employing this technique, the director is able to capture these women’s voices from childhood to seniority. The common thread being their involvement with the Ocean and how it has formed their lives and given them meaning beyond the normal limits of society.
In exploring these questions and other great thoughts, She Is The Ocean becomes more than a just a documentary. It becomes an experience that, told in these great women’s own words, will hold the answers for all.
Heroes:
Keala Kennelly – Pro surfer & winner of the WSL „Barrel of the year 2016“
Andrea Moller – Big wave surfer & winner of WSL „Women best performance 2016“
Jeannie Chesser – Surfing icon & mother of the late legendary surfer Todd Chesser
Coco Ho – Pro Hawaiian surfer & daughter to Pro surfer Michael Ho
Cinta Hansel – Balinese girl working on realising her dream to surf Pipeline
Anna Bader – German high diver & 7-time European Champion in cliff diving
Rose Molina – free-diver, ballet dancer
Ocean Ramsey – Shark conservationist & free diver from Hawaii
Sylvia Earle – Marine biologist, explorer & the first female chief scientist of the U.S.
Production Company: InWaves Production
Director & Producer: Inna Blokhina
Editor: Viktor Rise.
www.sheistheocean.com
Posted inBlog Multimedia Videos
Tagsa documentary about extraordinary women she is the ocean