This report was just published between The Ocean Legacy Foundation and the University of Vancouver Island.  We feel that this research is a game changer!  Let’s see what our government does with these new findings.

Single-use plastic and marine debris is one of the most universal pollution problems plaguing the world’s oceans as it has serious negative impacts on wildlife, sea life and human health. Most studies have focused on improved waste management or more recycling as primary solutions to the problem of marine plastic pollution, however, production of plastic is estimated to increase four-fold by 2050 (Hinojosa & Thiel, 2009). More collection and recycling of plastics is unlikely to keep pace with the massive projected increase in the use of plastics, especially for single-use, disposable applications. This study addressed the gap in both past literature and practice by collecting data aimed towards recommending potential solutions for overall plastic reduction, which could, as a result, impact the levels of ocean debris and ocean pollution in a positive manner. The research documents the contributions and needs of ocean cleanup organizations and ocean-based industries along the Central East Coastline of Vancouver Island. The research also highlights the public’s perception of plastic usage and the impact on the marine environment. The research considers the impact of plastic on human health, degradation to marine environment, marine life and Styrofoam within the oceans.

In conducting this research, two methods were employed for data collection. Structured surveys were utilized in gathering data from Vancouver Island community members and semi-structured interviews were conducted to gather the perspectives of stakeholders from various oceanic industries. Overall, the research shows that initiating action to drastically reduce the use of single-use, disposable plastic should be a priority. This can be done by utilizing the research findings when recommending options that could be adopted by the various levels of government, including municipal, provincial and federal. Further recommendations are also targeted towards utilizing the research information to emphasize funding resources available for ocean cleanup organizations, to encourage industries to produce biodegradable materials and to implement educational programs to further encourage better waste management and purchasing behaviours.

Plastic marine debris has become a significant problem in the world’s oceans. The impact on the environment and human life is so dire that it now requires immediate attention. For this reason, there needs to be pressure on Canadian governments through the various municipal, provincial and federal levels, to pass legislation to help reduce single-use plastics. Action is required not only to save oceanic environments but to help preserve them for future generations. Consumers have become accustomed to buying single-use plastics, as these products are affordable and easily accessible, but often people who buy single-use plastics lack awareness of the consequences associated with the improper disposal of these materials. As a result, large quantities of plastic waste are entering oceanic ecosystems.

The oceans’ ecosystems are quickly becoming contaminated from the impact of single-use plastic debris, which significantly harms marine life (Gall & Thompson, 2015). Entanglement and ingestion are the primary negative implications on marine life, which often result in death. Out of “115 marine mammal species, 49 are known to have become entangled in marine debris” (Withgott, Brennan, & Murck, 2013, p.389), which conveys the need for regulation of plastics and the need for more public awareness demonstrating how marine life is impacted by humans. 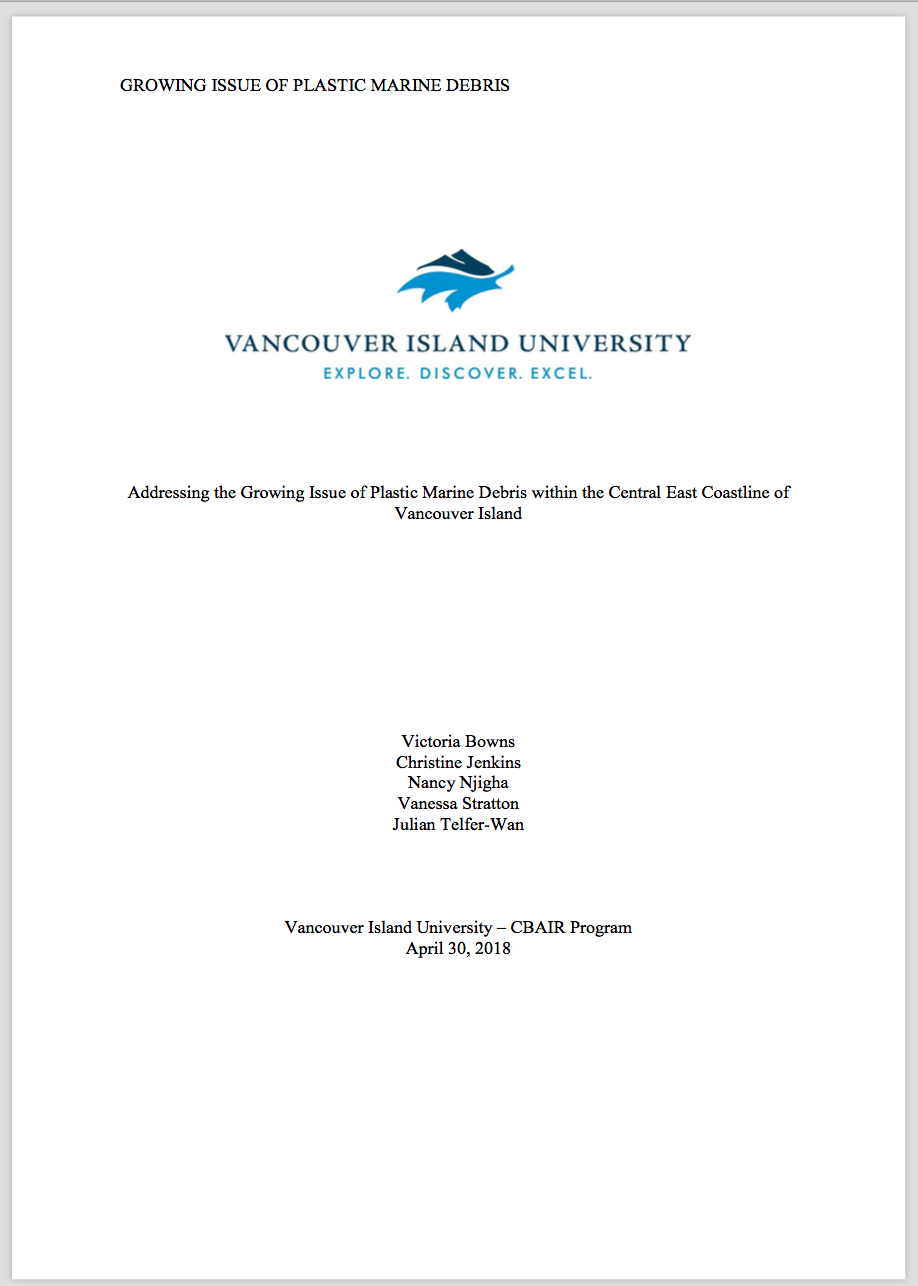 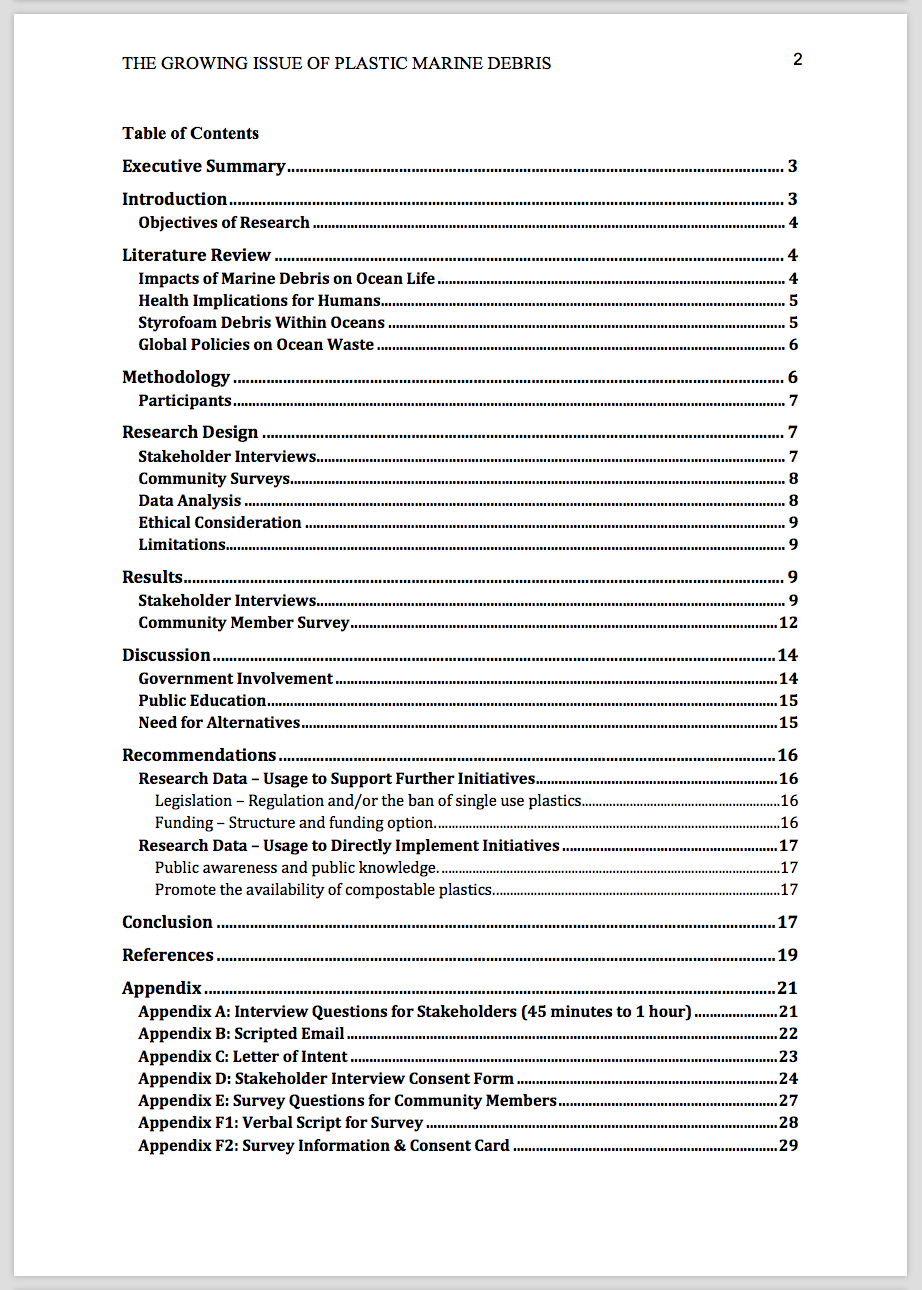